To cut power prices and reduce gas power production, the European Commission is proposing efforts to cut consumption, particularly in peak price hours. The measures are to be financed by a revenue cap. If adopted, the measures will help reduce prices in Europe. Here we explain how.
Loading...
Published by
Adrian Mekki 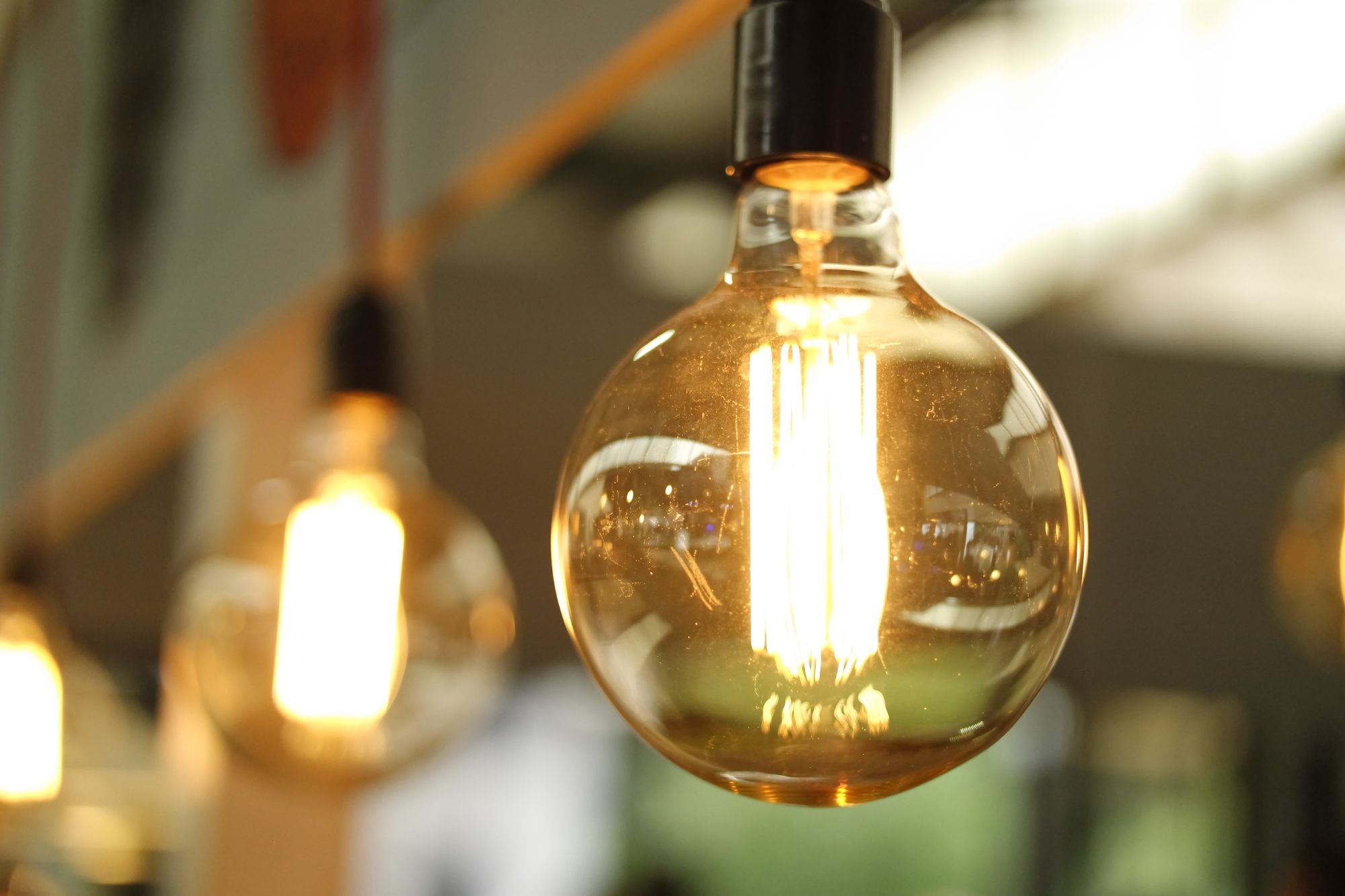 In the past year, Europe has been hit by extraordinarily high energy prices, mainly because of reduced gas deliveries from Russia. An extremely dry and hot summer and technical challenges at French nuclear power plants have further worsened the situation. Over time, the crisis has developed from one of prices to one of supply and many European countries are unsure whether they have sufficient energy resources to get through the winter.

The EU's first response to these challenges was to order Member States to fill up their gas storage ahead of winter. In July, Member States also adopted a non-binding target to cut gas consumption by 15 percent during this autumn and winter. If necessary, the target can be made binding. The EU has also designed regulations intended to allow Member States to shield their consumers from high prices using various forms of market intervention, support schemes and regulated prices.

Many EU countries have asked for additional measures to counteract high power prices. With extraordinarily high gas prices, the price of electricity has also risen sharply. Gas-fired generators are often the market’s marginal source of generation, making the gas price decisive in determining the price of power.

Throughout the summer, the pressure on the Commission to take further measures to protect European consumers against high electricity prices has increased. After several weeks with various drafts and variants under discussion, the Commission presented its proposed emergency measures on Wednesday 14 September. The proposal combines the need to reduce electricity prices with the need to avoid increased gas consumption. Throughout, the Commission has emphasised that market mechanisms and marginal pricing will continue to apply.

In our opinion, these proposals address the key concerns raised during the policy debate. In particular, they avoid

The proposals also make clear that the income cap will only apply to realised market revenues. This is necessary to avoid penalising generators who hedged their revenues against fluctuations in the wholesale electricity market at a price below the cap level. Other exemptions (e.g., for PPAs or assets selling via two-way CfDs or feed-in-tariffs) should keep market interference to a minimum. The price limit for inframarginal generation should not affect price determination but will create income that can be targeted to help reduce consumption and support vulnerable customer groups.

A detailed analysis of the price effects will follow in our updated power market outlook at the end of September.

Details of the proposal

2. Redistribution of extraordinary income from the power sector. Electricity subsidies and measures to reduce consumption must be financed. The Commission proposes to do this by collecting excess profits from so-called inframarginal generators that are price-takers in the market. Specifically, the proposals introduce a temporary income cap for these generators equal to €180/MWh. Revenues that exceed this level shall instead accrue to the national authorities.

The income ceiling of €180/MWh has been set high enough to ensure that all power-producing technologies can cover their long-term average costs. The ceiling should not, therefore, distort either short-term price formation or long-term investment incentives.

To ensure that generators with long-term supply agreements at prices below the spot price are not inadvertently penalised, the income ceiling will apply to realised income. In addition, it will cover all power markets (spot, intraday etc.) to foreclose avoidance.

The required reduction in power consumption and the income ceiling for inframarginal generators will apply from December 1st 2022 to March 31st 2023. The Commission will submit a status report on the power market by the end of February. Based on the findings in this report, the Commission will submit proposals on any extension of and/or changes to the consumption reduction and income ceiling measures.

3. Redistribution of extraordinary income from the oil, gas and coal sectors: Many oil, gas and coal suppliers are also earning excess profits. The Commission proposes that Member States collect part of this income from these companies and use it to finance electricity subsidies, consumption reduction and investments in renewable energy and energy efficiency. The proposal is referred to as "[…] a temporary solidarity contribution on excess profits generated from activities in the oil, gas, coal and refinery sectors [...]".

Through the temporary solidarity mechanism, Member States must collect 33 percent of any profits exceeding 20 percent of the average profit level over the previous three years for businesses within the oil, gas and coal sectors.

The Commission must submit an assessment of these redistribution efforts by 15 October 2023.

4. Extended possibility to protect small and medium-sized enterprises:Commission will also temporarily allow Member States to use the following options to protect consumers against high electricity prices:

The Commission's proposals are a 'council regulation', meaning that EU Member States will adopt or reject the regulation through the European Council without the involvement of the European Parliament. The decision is likely to be made at an extraordinary meeting of EU energy ministers on 30 September.

The proposal is not ‘EEA-relevant’ and is therefore unlikely to be directly applied in Norway. However, if the plan is adopted and has the desired effect, it is likely to reduce prices in southern Norway as a result.

Talks are taking place about whether and how Norway can contribute to reducing gas prices. One solution could be that long-term contracts are entered into at a price level that reflects long-term prices. This will probably mean lower gas prices in the short term.

The expanded options to set lower prices for small and medium-sized businesses will likely also increase the Norwegian authorities’ room for manoeuvre in providing support to Norwegian businesses.

(1) The Commission defines ‘peak price hours’ as: “[…] hours of the day where day-ahead wholesale electricity prices are expected to be the highest, based on forecasts by transmission system operators and nominated electricity market operators;” 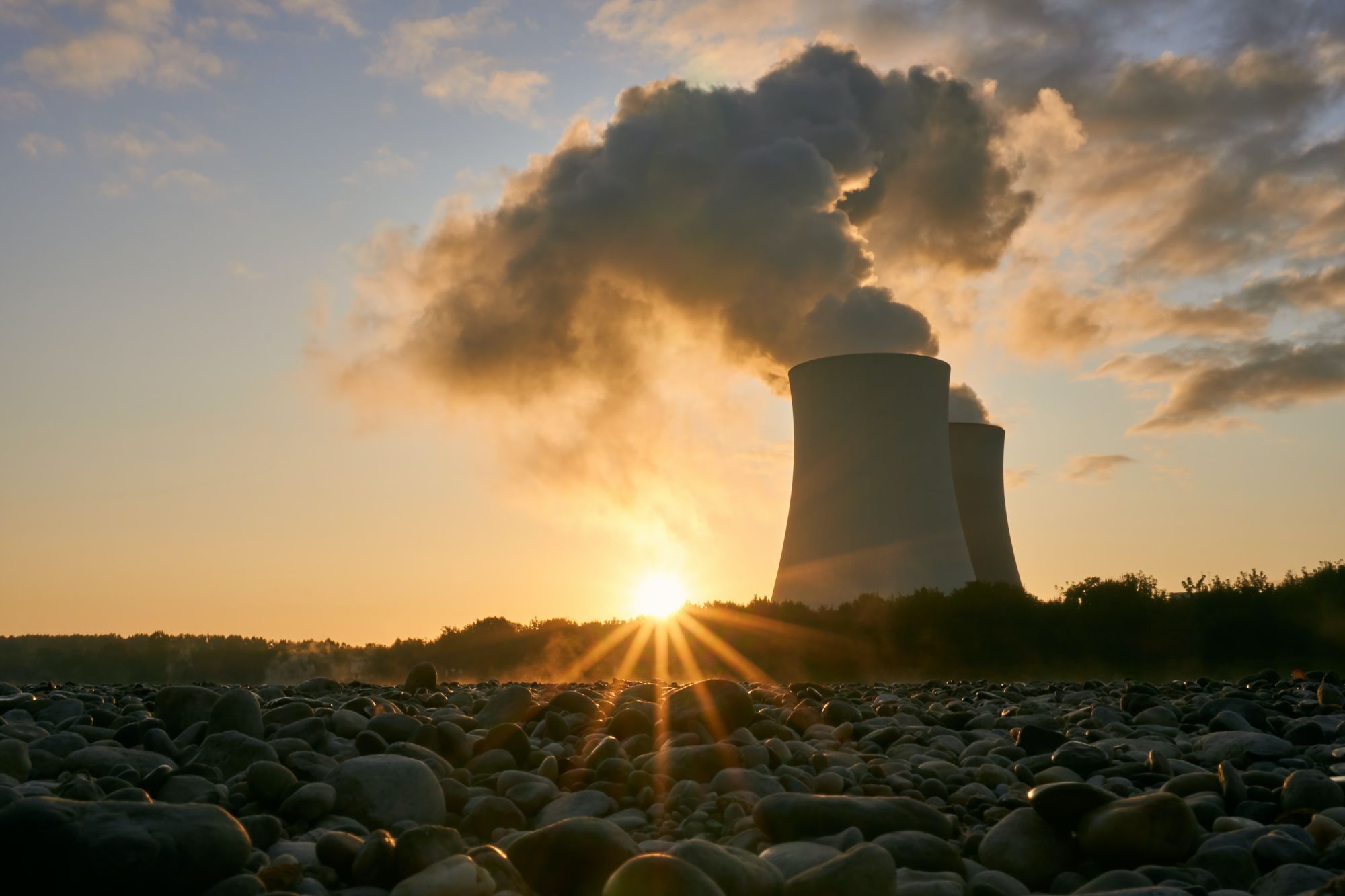 The invasion of the Ukraine by Russia has led to substantial economic sanctions. In this context, replacement of Russian gas is discussed. We analyze in how far activation of coal and nuclear capacities can replace gas in the power sector. We assess relevant constraints and find that the potential of such measures is limited. 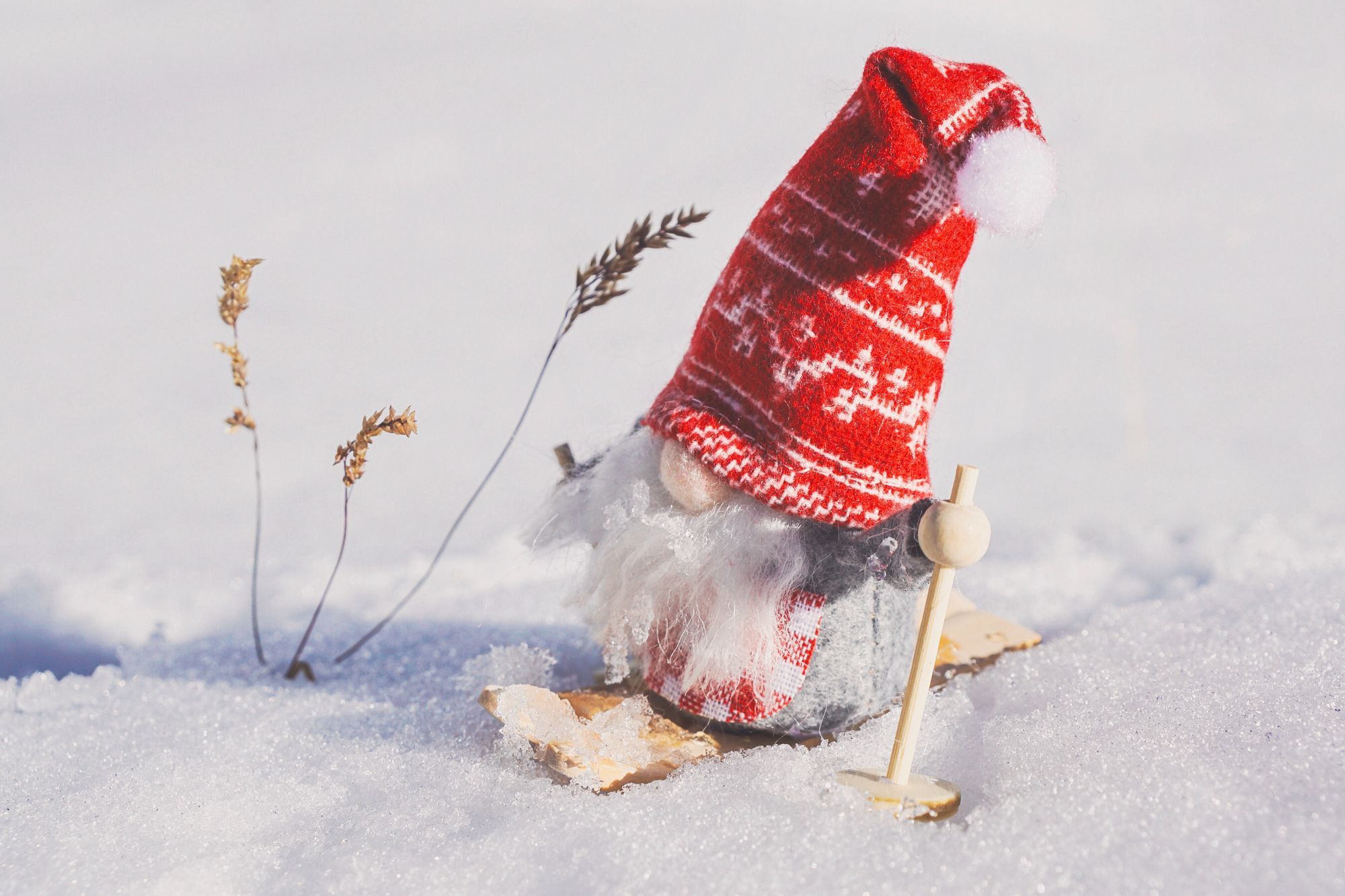 In 2020, prices were abnormally low. In 2021, all-time highs were recorded in the fall. What happened and to what extent are developments a sign of things to come? In this Christmas blog, we look back on a year in which power prices were discussed almost as much a Covid-measures and try to find some answers. 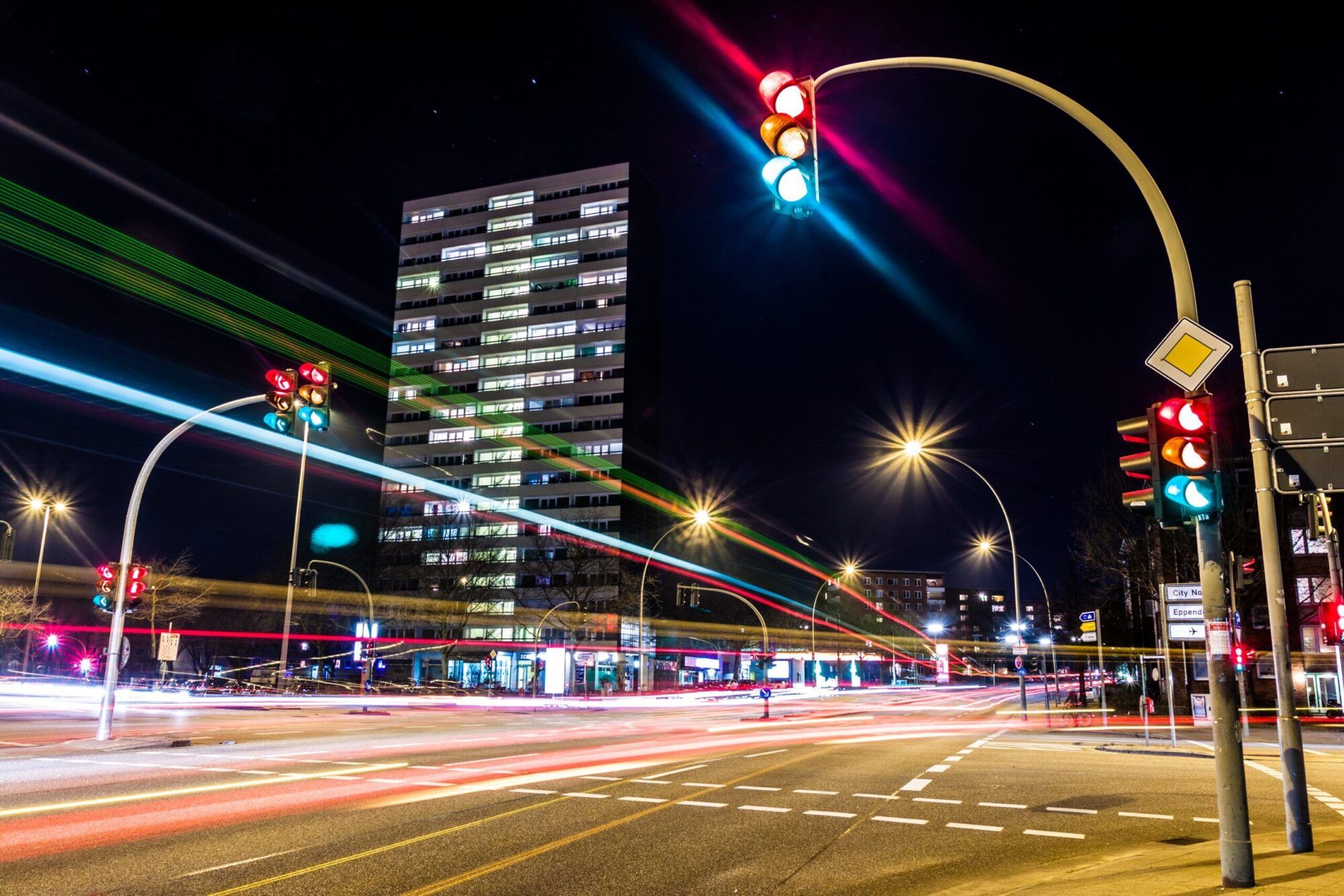 Currently, power prices seem to be out of control in Europe. In Germany, we see power prices above 200 EUR/MWh. In Great Britain, they are even higher. Even Norway is seeing prices well above 100 EUR/MWh in certain areas over extended periods. The power price surge has become a matter of political concern, as it burdens both industry and end-users. 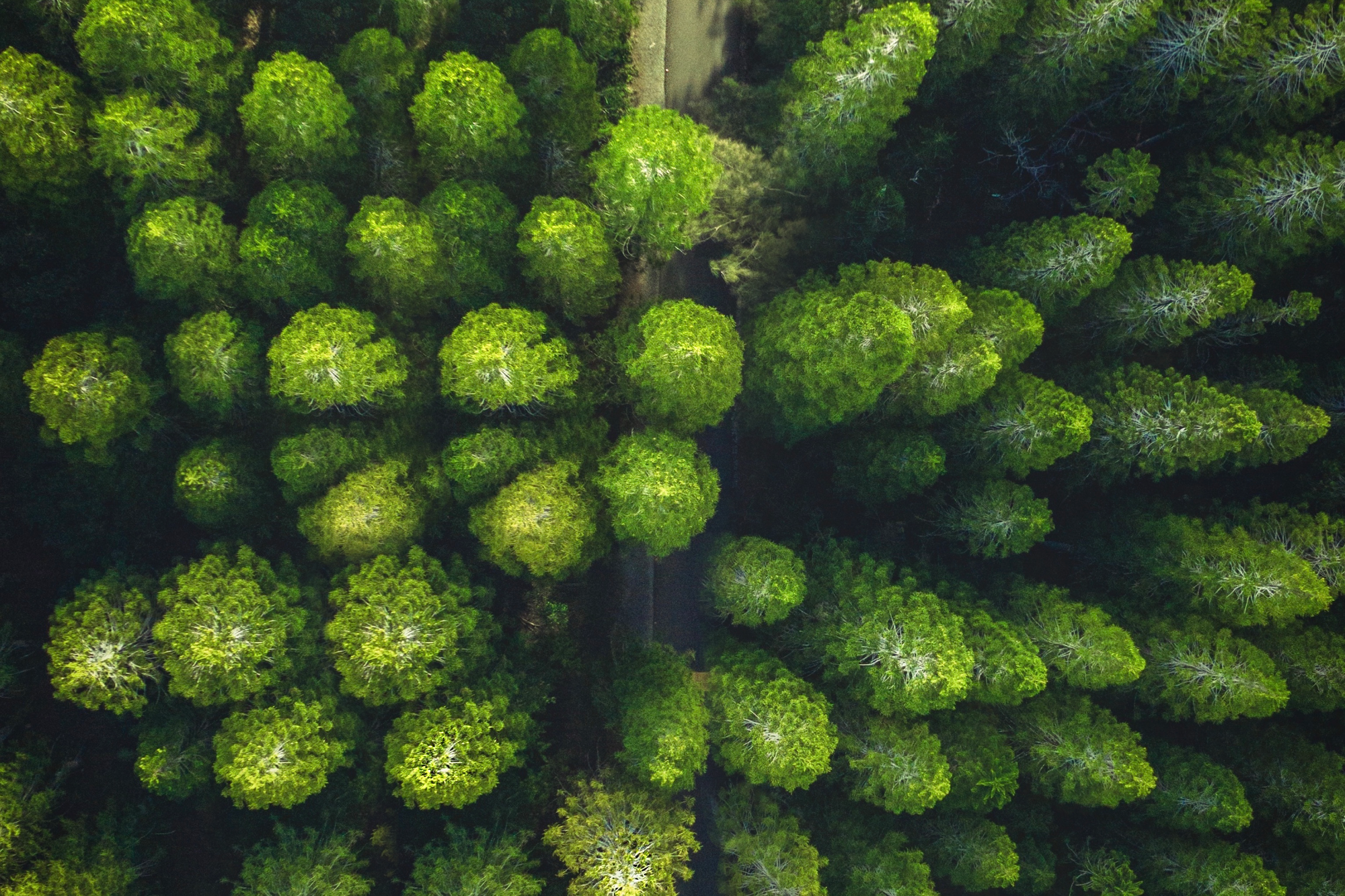 Record-high carbon prices: Is the EU ETS really fit for 55?

The EU carbon price is chasing one all-time high after another. The Fit-for-55 package underpins the EU ETS framework in the years to come. Our updated price modelling shows the potential for a market squeeze in the mid-2020s. In the long run, carbon prices will be guided by industrial abatement costs.

Following Norway’s adoption of the EUs third energy package, the energy regulator is considering the sale of transmission rights on Norway’s borders. Such rights offer a potential hedging opportunity for market actors. In a recently published report for the regulator, we look at the possible benefits and hidden consequences.

By registering you agree to the the privacy statement by Thema.